We condemn the shocking and horrible death of George Floyd, as well as the systems and history of institutional racism that led to his and so many other unfathomable deaths of Black and Brown people in the United States.

Racism causes pain to people of color every day in America. As we have throughout history, PhilaPOSH will continue to stand together with the workers of the Philadelphia region and beyond against racism, inequality, and injustice.

Since 1975 our mission has been “the prevention of injury, disease and death on the job through information, education, technical assistance and political action.”

You need to look no further than the treatment of workers to see examples of the existence of structural racism. A disproportionate number of the essential workers who have been keeping our economy going the last several months are people of color working in environments where the risk of catching COVID is much higher than anywhere else and where access to quality, affordable medical care is lacking.

Systemic racism exists in many workplaces where workers of color are targeted with nooses, racial “jokes” and slurs.

As AFL-CIO President, Richard Trumka stated earlier this week, “racism is a labor issue because it is faced by workers every single day in their workplaces. It is a community issue because unions are the community.”

PhilaPOSH remains united with the labor movement as we pledge to continue our fight for social, economic and racial justice in our workplaces and in our communities. 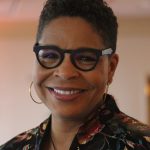 Since 2019 Nicole has served as the Executive Director of the Philadelphia Area Project on Occupational Safety and Health (PhilaPOSH). She a native of Detroit, MI, and a former United Auto Worker (UAW) for more than 11 years. She relocated to Philadelphia, PA in 2007 where she worked at PhilaPOSH until 2011 as the Training Coordinator and OSHA Trainer.